Hello dear friends. Speaking of bright and unforgettable jewelry, we cannot fail to mention the wedding of Prince Jean-Christophe Napoleon, head of the former imperial house of France, 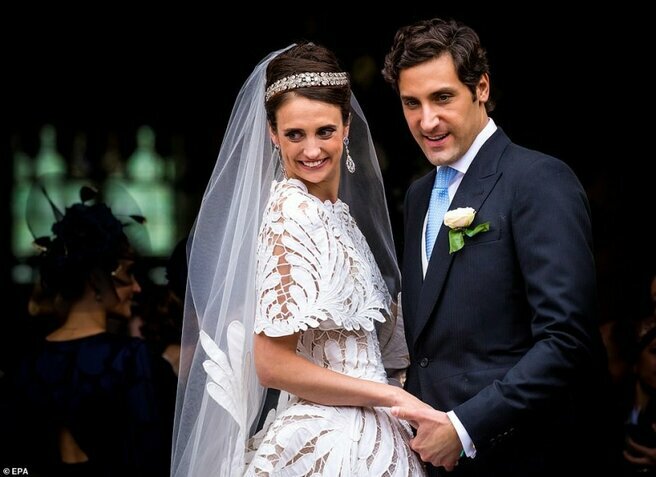 Such a sickly union turned out, judging by the ancestors of both the groom and the bride.

Many expected that the bride would wear Este’s chic tiara.

But, the bandeau diadem was made for her from the necklace of her grandmother on the mother’s side, Princess Margaret of Savoy Este, in the marriage of Archduchess Robert Este of Austria.

And today we will just look at the Austrian tiara Este.

The tiara with two rows of diamonds and a detailed centerpiece is of unknown provenance, although it is likely that the tiara is a Habsburg, Savoy-Aosta or Bourbon-Parma heirloom, although it is called the Austrian Este tiara.

There is also a smaller tiara worn by Princess Margaret of Savoy-Aosta, daughter of the Duke of Aosta and Princess Anne of Orleans, at her wedding to Archduke Este of Austria, second son of Emperor Charles and Empress Zita.

Archduchess Katarina of Austria-Este attended the wedding ball of the Prince of Prussia in 2011 wearing the Este tiara!

But Countess Olympia at her wedding was in a tiara, remade from her aunt’s necklace.

But the earrings were the same as those worn by Princess Maria Beatrice for her wedding to Count Ripardoy Arco-Zinnebergxim.

Which tiara do you like best? Old or new?