Hello, hello, my dears. So the favorite spring holiday has come, when everything revolves around mothers, grandmothers, sisters, daughters, granddaughters, girlfriends, wives, etc.

But!!! Get together!!! Today I have some delightfully creepy stories about the cursed royal jewels. 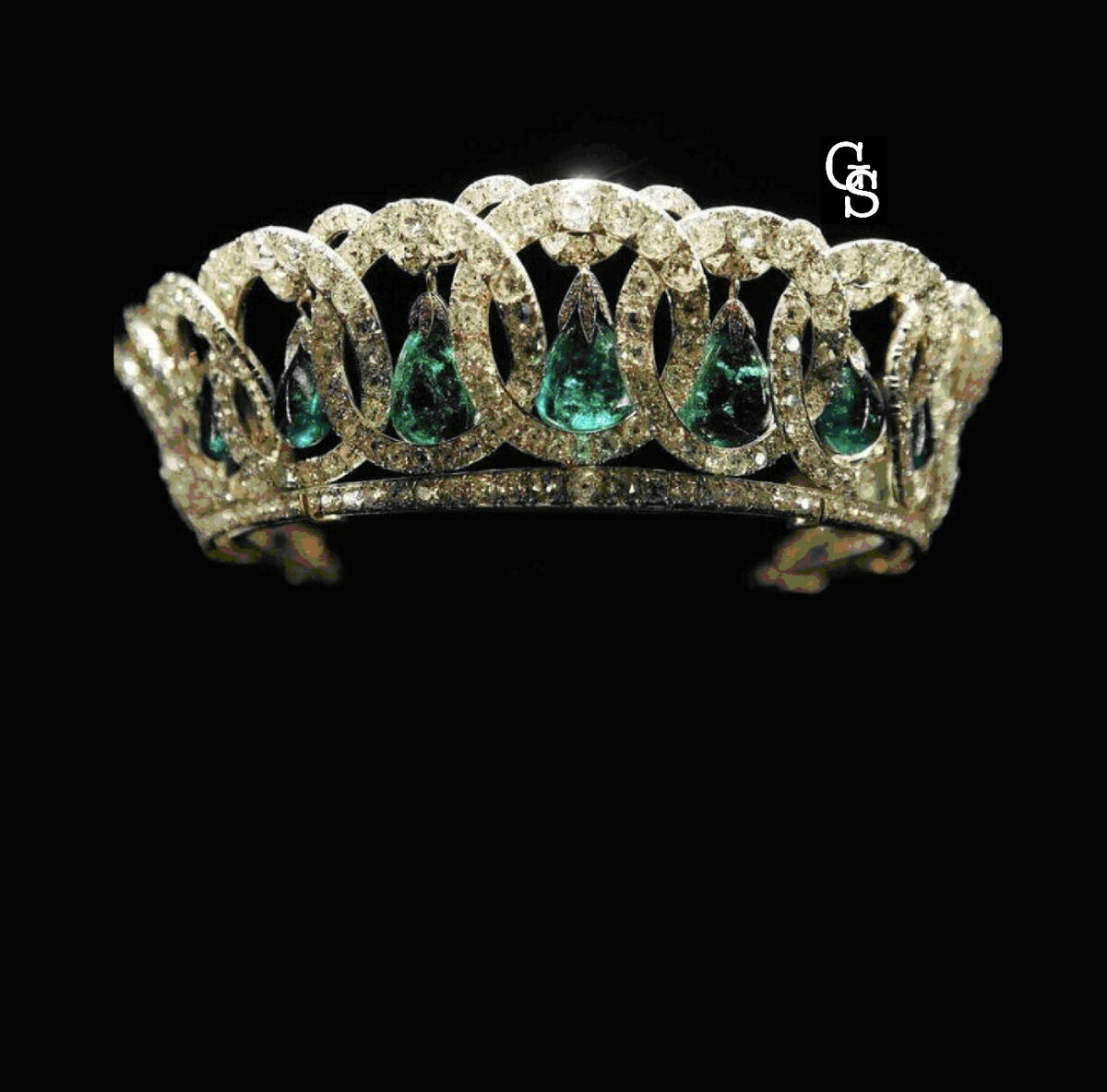 But what is it really? Some of them are just unlucky — or is there really something more sinister in them?

The diamond, which is now in the crown of Queen Elizabeth, began its life in Asia, where it has been a treasured possession of rulers for centuries. Much blood has been spilled over this stone and it is said to bring terrible «luck» to any man who wears it.

Perhaps that’s why the diamond was worn only by women, as it was brought to the UK under dubious legal circumstances? To be fair, each of the British queens who wore it — Victoria, Alexandra, Mary and Elizabeth — buried both her husband and at least one of her children, outliving some of them by decades. Most recently, Queen Elizabeth II refused to wear a diamond at all, prudently avoiding the consequences that could come from a stone that was described in one book as a «living diplomatic grenade.»

Perhaps nothing good will come of a tiara given as a posthumous wedding gift. Prince Albert helped create this diamond tiara as a wedding gift for his second daughter, Princess Alice, but he died before her marriage to Grand Duke Louis of Hesse took place. Seventeen years after her father’s death, Alice died of diphtheria. Alice’s three daughters (including the last Empress of Russia) died tragic deaths, and her son Ernest also lost a daughter. But the tiara also witnessed the greatest family tragedy ever: the 1937 plane crash that killed several members of the Hesse family. The tiara, which was packed in the family’s luggage, survived the accident and the fire.

The Spanish royal family experienced tragedy after tragedy in the nineteenth century when several members of the family died young of illness. One superstitious legend links the family’s misfortunes to a cursed opal ring allegedly given by King Alfonso XII’s mistress, the Countess of Castiglione, to his first wife, Queen Mercedes. She lived only six months after their marriage, battling the effects of a miscarriage and typhoid fever.

The large blue Hope Diamond is perhaps the most famous «cursed» gemstone of all. Today he lives peacefully in the Smithsonian Museum of Natural History, but his own history is full of tragic incidents. This is almost certainly the same stone that the French royal family called «French Blue» after losing it during the brutal terror in 1792.

The most famous recent owner of the stone was Evelyn Walsh McLean, an American socialite. Although many believe that the «curse» was invented by agents wishing to raise the stone’s fame, McLean survived the death of her young son, the infidelities and death of her husband, and the bankruptcy of her family business after purchasing the diamond.

So many jewels were lost or destroyed during the Russian Revolution of 1917, but this diamond and pearl tiara managed to survive. The tiara, smuggled out of Russia by a British diplomat, was battered but undamaged. But its owner, the Grand Duchess, died in exile shortly after she was rescued, so she never got to wear her signature tiara again. Instead, the tiara was bought by Queen Mary of Great Britain. Any negative vibes that the tiara might have had are gone today.

Queen Marie Antoinette of France never owned this diamond necklace, but it didn’t matter in the end. The necklace was commissioned by King Louis XV for his mistress, Madame du Barry, but he died before it was completed and paid for. To try and get their money back, the jewelers tried to sell it to Marie Antoinette, but she refused. The scammers later conspired to forge her signature, making it appear as though the necklace had been bought by her direct order. In the meantime, they took possession of the necklace, took it apart and sold the individual stones. Even though Marie Antoinette had nothing to do with the necklace, propaganda successfully tied her to the necklace, portraying her as extravagant and frivolous. In the end, she paid an even greater price — she lost her head on the guillotine.

Any engagement ring associated with a failed relationship is certainly a bit of a curse, but when the ring is one of the most famous in the world and the relationship is the marriage of Prince Charles and Princess Diana, the fears slowly fade away. Many dismissed the idea that Prince William would give his mother’s ring to his future wife, Kate Middleton, but he did it anyway, proving that the memory of his mother is dearer to him than a possible curse. More than a decade later, the Dukes of Cambridge’s marriage is still going strong, so it seems the ring wasn’t a bad omen.

These are the legends around the beautiful and incredibly expensive products stored in the jewelry boxes of royal families!

Would you refuse such gifts, knowing about this or that curse?

The mysterious stone Yakhont is a talisman of strength and love.