Hello dear readers and guests of our group. Jewelry often become symbols of various celebrations, dynasties and even holidays. Speaking of tiaras, we most often recall the weddings of various royal persons. And today I propose to talk about the Savoy-Aosta tiara of the Austrian monarchy.

Given to Princess Anne d’Orléans when she married her cousin, the Duke of Aosta, in 1927, the tiara is featured in early depictions of the princess, who originally wore this vintage tiara low on her forehead in a 1920s style. A little later, she began to wear it in a more traditional style. 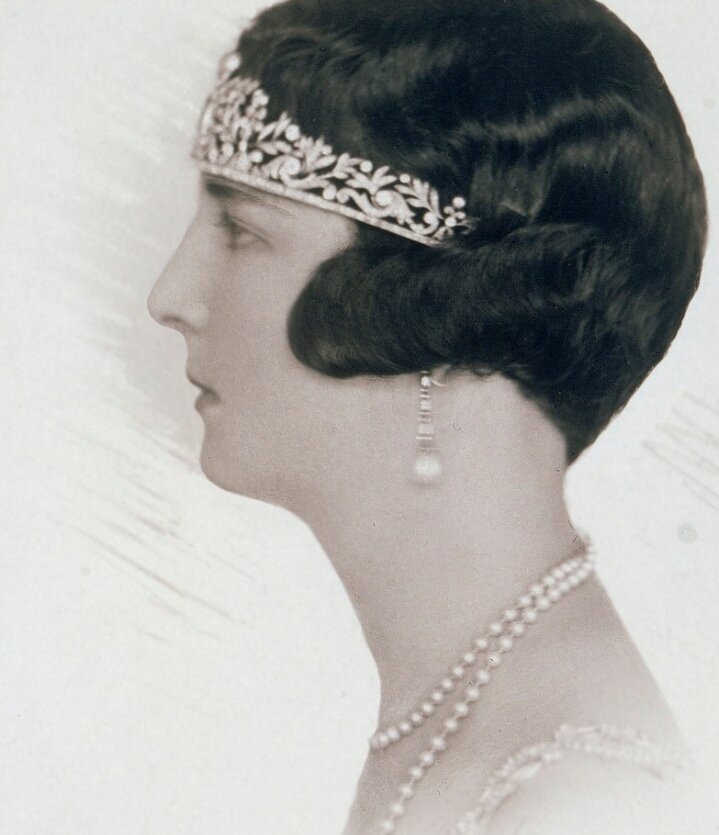 The tiara remained with the Duchess during the Duke’s command of Italian forces in East Africa during World War II and after his death in 1942, when the title passed to his younger brother.

The Dowager Duchess wore her tiara at the pre-wedding ball of her daughter, Princess Margherita of Savoy-Aosta and Archduke Robert of Austria in 1953, and Prince Alexander of Yugoslavia and Princess Maria Pia of Italy before their wedding in 1955.

The tiara was lent to her daughter, Princess Margherita, who married Archduke Este of Austria, for the wedding ball of King Baudouin of Belgium in 1960, and to her cousin, Princess Marie-Beatrice of Savoy, for one of the weddings.

The tiara was inherited by Princess Margaret, Archduchess of Austria-Este after the death of the Dowager Duchess in 1986.

Although she did not appear on the Archduchess after the 1960s, the Savoy-Aosta tiara was often worn by her sister-in-law, Archduchess Este of Austria, better known as the Belgian Princess Astrid.

A tiara for all but one of her tiara events at a French state banquet. She also lent the tiara to her niece, Countess Anna von und zu Arco-Zinneberg, Countess Olympia’s older sister, last year.

Perhaps the tiara will appear again and again at such events, and we will be able to see it more and more often.