Good afternoon, my dear readers. Today we will continue the topic related to the treasures of the world, and more specifically, we will look at Austria. The grandson of the last emperor and empress of Austria-Hungary and head of the house of Habsburg-Lorraine, Archduke Charles is the sovereign of the dynastic orders of the former Holy Roman Empire, Austria and Hungary, which we represent today.

But first, let’s explain what the Orders are in Austria in general. Almost every country, monarchical or not, has some form of honors system that rewards citizens for merit, and often participates in the diplomatic exchange of gifts.

Each individual order has its own history, and in countries with several orders — its own rank. The head of state is usually the sovereign of the order and has various powers to determine their recipients. National orders are those that must be awarded after consultation with the government and are official gifts, while recipients of dynastic orders are at the discretion of the Sovereign, and many non-ruling families still award their dynastic orders without actual authority. 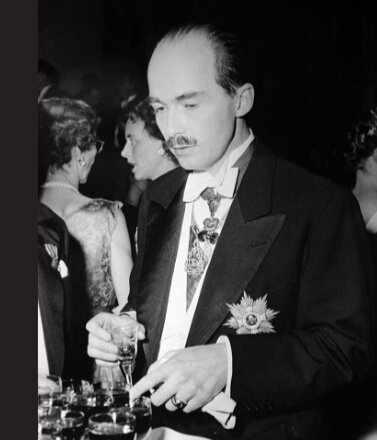 The orders of their countries are awarded to members of the royal family at birth, upon reaching the age of majority, upon marriage to the royal family, or after many years of selfless service to the country. Orders of foreign states are usually awarded during state visits and they are awarded according to rank, with sovereigns receiving a higher order, heirs a lower order, and other members of the royal family participating in the visit even lower. However, these rules vary from country to country and also depend on individual sovereigns.

Orders are accompanied by a variety of insignia, which may include a belt with a badge on the hip, a star, ornate necklaces, badges to wear on the shoulders and smaller badges, and the award of specific items differs in different ratings in each individual order and / or depends on the orders themselves. Wearing insignia depends on the occasion. The ornate Orders are very rarely worn at White Tie events or on uniforms. The sash and star are more common and can be seen at White Tie state banquets. Smaller badges can be worn when wearing the insignia of other Chapters or at a Black Tie event.

Small badges are worn at daytime formal occasions when you want to honor the occasion without making it too formal. Now let’s learn about the royal orders of the Habsburgs.

Austrian Order of the Golden Fleece

The Order of the Golden Fleece was established in 1430 by Philip III, Duke of Burgundy, in recognition of his marriage to Infanta Isabella of Portugal. As a result of the Spanish War of Succession, there are currently two parts of the order, the Spanish branch and the Austrian branch.

The current Grand Master of the Austrian branch is Archduke Charles of Austria, grandson of Charles I, Emperor of Austria, who has held this position since 2000. The badge is usually worn with a necklace, but it can also be worn with an order.

The Austrian fleece is only awarded to Catholic royalty and nobles, with the exception of King George IV of the United Kingdom. Both Austrian orders discussed in this article are now dynastic orders of the House of Habsburg, as they still exist and the Austrian Empire no longer exists.

Order of the Starry Cross

The Order of the Starry Cross was founded in 1668 by Eleonora Gonzaga, Empress Dowager of the Holy Roman Empire. The order, which was also approved by Pope Clement IX, should only be granted to Catholic noble ladies, and after receiving the order, they must devote themselves to their faith and live a virtuous life.

The motto of the order is «Salue et Gloria», which means «Glory and Glory». The Order consists of four grades, the highest grade (Special Class) being reserved for the Grand Lady.

The order should be worn on a black ribbon, although many archduchesses wore it on brooches with a diamond bow.