Hello my friends. As winter comes to an end, and spring comes into its own, we will enjoy the sparkling rays of the sun more often. And they, in turn, remind us of the brightest and most beautiful stones — diamonds. 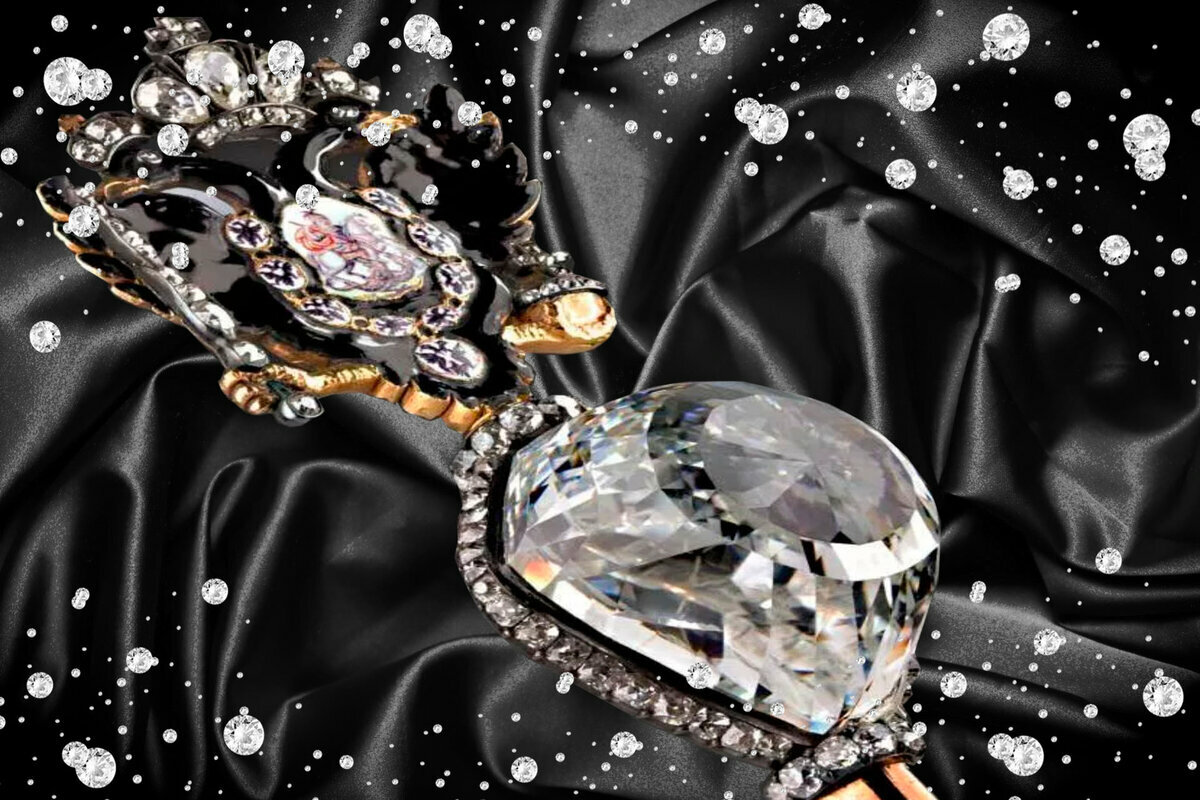 Today we take a look at fourteen of the largest diamonds in royal collections around the world. Some of them still belong to members of the royal family, while others ended up in other hands, but they all have one thing in common: they are very large and shine very brightly. 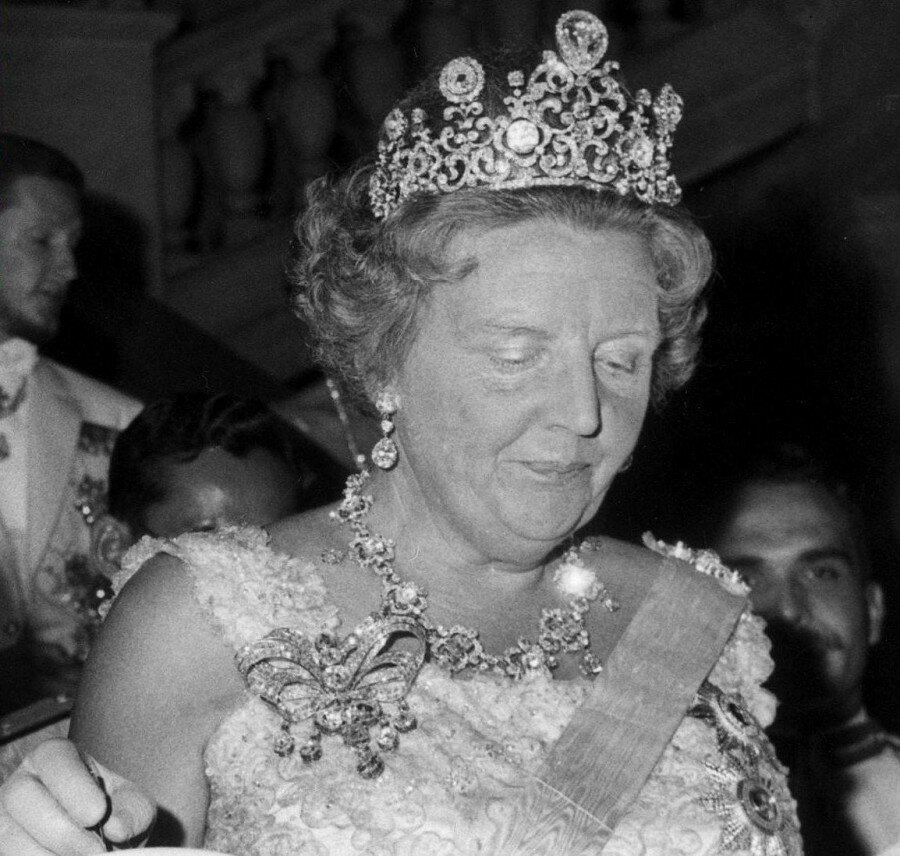 Its history began at the English court of King William III and Queen Mary. This 39.75 carat light blue diamond is one of the most important items in the Dutch royal collection.

He wore a tiara for a century (Queen Juliana wore it in the picture above), but was not seen in public for decades.

The diamond is part of the Saxon Crown Jewels and weighs 40.70 carats.

Today it is on display as a decoration on a hat clasp in the New Green Vault at Dresden Castle.

This 55.23 carat pale yellow diamond has a long royal history; at various times it was part of the royal collections of Portugal, France and England. Nancy Astor wore it in her large diamond tiara a century ago, and today it is on display in the Louvre in Paris.

This pink diamond weighing about 60 carats was originally mined in India. The Light of the Eye was captured by the 18th century Persian king and has been in Iran ever since.

Harry Winston installed it in a tiara for Farah Pahlavi in ​​1958; this tiara is on display today at the Central Bank in Tehran.

It is commonly believed that this famous «cursed» diamond is actually a French blue that belonged to the French royal family until it was stolen.

The original size of the stone was 67.125 carats, but the stone was later cut to its current size of 45.52 carats. Today, it is on display at the Smithsonian Institution’s Museum of Natural History in Washington, DC.

This 76.02 carat diamond takes its name from its first registered owner, Archduke Joseph August of Austria. Sold shortly before World War II, the diamond was auctioned several times and is now in a private collection.

The stone, weighing 88.7 carats, is engraved with the names of its three owners in Persian. It ended up in the Russian Imperial Jewelery Collection as an offer of goodwill (or buyout, depending on how you look at it) in 1829.

Today, this diamond (whose name means «mountain of light») lives in the Tower of London, where it is installed in the crown of Elizabeth 2. Queen Victoria received the gem as a gift in 1849, although the terms of this offer are still controversial. In 1852, Prince Albert had the stone cut to its current weight of 105,602 carats.

The English trader Thomas Pitt sold this Indian-mined diamond to Philippe, Duke of Orléans (then regent of France) in 1717. Today it is on display at the Louvre in Paris.

This is another gem from the Iranian Crown Jewels collection, the pink diamond (whose name means «sea of ​​light») weighs about 182 carats. Today it is also on display at the Central Bank in Tehran.

The diamond weighing 189.62 carats is in the Diamond Fund of Russia. It was presented to Catherine the Great by one of her favorites, Count Grigory Orlov.

In 1784, she ordered a scepter specifically for this diamond.

One of the nine large diamonds cut from the giant Cullinan diamond, the Cullinan II weighs 317.4 carats. The diamond, also called the Second Star of Africa, is part of the British Crown Jewels. You can see it in the Tower of London at the Imperial State Crown, where it is set just below the Black Prince Ruby.

2. Cullinan I Diamond: The largest of the Cullinan diamonds, weighing 530.2 carats.

This is the largest clean diamond in the world. It is also called the Great Star of Africa. The stone is set in the Scepter of Queen Elizabeth 2, which is located in the Tower of London with the rest of the British crown jewels.

This yellow-brown stone weighs 545.67 carats. It was given to the late King Bhumibol Adulyadej of Thailand as a golden jubilee gift and is still part of the Thai Crown Jewels collection.

Such beautiful and sooo large diamonds become an adornment of various royal jewels and regalia. Have you seen any of these live?